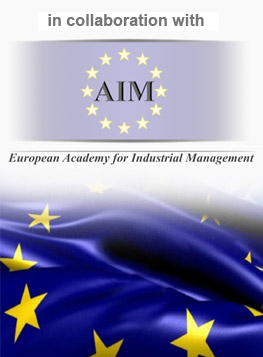 Naples is the capital of the Italian region Campania and the third-largest municipality in Italy, after Rome and Milan. The history of Naples is long and varied.
The first Greek settlements were established in the Naples area in the 2nd millenium BC. During the end of the Greek Dark Ages a larger mainland colony – initially known as Parthenope – developed around the 9-8th century BC, and was refounded as Neápolis in the 6th century BC: it held an important role in Magna Graecia. The Greek culture of Naples was important to later Roman society. When the city became part of the Roman Republic in the central province of the Empire, it was a major cultural center. Virgil is an example of the political and cultural freedom of Naples.
Naples is a microcosm of the European history because it saw several civilizations come and go, each leaving traces also in its art and architecture. Naples was the capital of duchies, kingdoms, and one Empire, and it was a primary cultural center (especially during the Renaissance humanism, 17th, 18th, 19th centuries). Naples was an advocate for Italian unification during the Neapolitan War.
Today Naples is part of the Italian Republic, and is the third largest municipality (central area) by population, with the second largest metropolitan area (after Milan).
Naples is located halfway between two volcanic areas, the volcano Mount Vesuvius and the Phlegraean Fields.The city is noted for its rich history, art, culture and gastronomy and, in the modern day, the historic centre of the city is listed by UNESCO as a World Heritage Site. The metropolitan area of Naples is the second most populated in Italy and one of the largest in all of Europe with around 3.8 million people.
The whole history of Naples is based on the concept of welcoming foreigners and of different cultures living side by side. The city's enviable geographical position half-way down the Italian coast makes it easy to reach from anywhere in the world.
The wonderful historical, artistic and archaeological heritage is an intrinsic part of the city. At the same time, we mustn't forget its contemporary creative nature which ensures the city always has some new project on the go, some new goal, and plenty of new ideas.
Naples is a city on the sea, a place full of light yet with dark, hidden foundations. It has a great cultural and artistic identity which is stamped on the brow of its many museums, castles, churches, squares, narrow streets and archaeological remains. It is a city in which culture, art and "light" mix with the obscure darkness of a hidden, submerged, underground world.